AN AMAZING 450 PEOPLE CHECKED OUT THE DAILY BLOG YESTERDAY…A NEW ALL TIME HIGH….WOO-HOO…KEEP TELLING YOUR FRIENDS ABOUT THE BLOG, SO WE CAN TOP 500 SOON AND KEEP MOVING TO MY GOAL OF 1,000 PEOPLE A DAY….

1.  TODAY AND YESTERDAY…a couple of celebrity birthdays today.  MICKEY ROONEY is 89 today…..89…wow….by the way, didn’t you just love mickey rooney in “night at the museum” with ben stiller and dick van dyke?  he rocked….

here’s mickey rooney years ago with my favorite, judy garland. 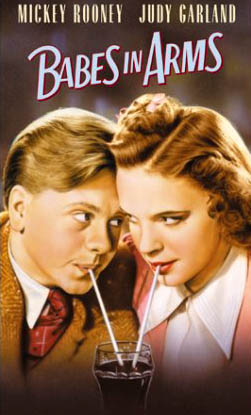 and here’s the legendary mickey rooney today at 89…..

plus, actor TOM LESTER is 71 today…you may remember him as “EB” on “green acres.”  he was super funny on that show…here’s a couple of photos from yesterday… 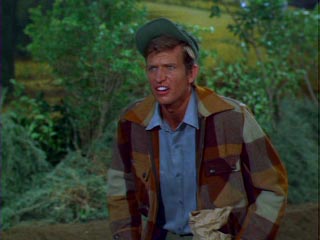 USED TO LOVE THAT SHOW…STILL DO…

2.  jeannie and i got to go to a northern state university VOLLEYBALL game last night to watch our son tyler’s main squeeze play.  kelsey rozell is a freshman at nsu and played GREAT last night, as the wolves beat bemidji state 3 games to 1.  kelsey led the team in blocks last night.

northern has a great volleyball team, and i’ll tell you one thing….there’s no way on earth i’d like to take a spike from KELSEY ADEN….my goodness she can smoke the ball.

3.  okay, here’s my gripe for this morning.  when we got home last night after volleyball, i got ready for bed, climbed in bed, turned on the tv, and watched a couple of movie critics talking about new movies.  working at carmike, i thought it would be cool to see what they say about the new movies.  they were talking about the new cartoon “CLOUDY WITH A CHANCE OF MEATBALLS”, and here’s what one of the morons said.

“WITH OBESITY BEING SO RAMPANT IN THIS COUNTRY, I CAN’T WATCH A MOVIE THAT DEALS WITH GIANT FOOD FALLING FROM THE SKY, AND PEOPLE EATING UNTIL THEY ARE SICK.  WHAT IS THIS TEACHING OUR KIDS?”

here’s a response to the critic….IT’S A DAMN MOVIE…AND A KIDS MOVIE AT THAT…THERE’S NO SOCIAL STATEMENT IN THE MOVIE…..IT’S JUST A FUN FAMILY MOVIE….GET A LIFE…..

if i listen to this moron, then i’ll have to stop killing zombies and eating them…crap…i sure enjoyed that…..

4.  when i left my “tomorrow’s blog” sheet on my desk at home, i write down things that i want to talk about on the next blog.  my son mitchell wrote “loving mitchell” on the top…you know i do honey….he is such a sweet and wonderful young man…

5.  it’s homecoming week in warner, and one of the traditions in town is to SPRAY PAINT the main street in warner with graffiti.  jeannie and i have never liked this practice.  in many cities, people would be arrested for this.  oh well, it keeps the kids on main street, and it’s usually watched over by some adults. (including cops.)

6. speaking of movies a bit ago, there’s a new horror movie coming out called, “PARANORMAL ACTIVITY” that is supposed to be the most incredibly scary movie in decades…i guess that screening crowds in hollywood were terrified.  people were screaming, some passed out, and some were crying…SOUNDS LIKE MY KIND OF HORROR MOVIE…the bad thing is, it’s only opening up in ten theaters…that guarantees it won’t be here, at least when it opens up….I’M GOING TO PUSH MY WEIGHT TO GET IT HERE FOR HALLOWEEN….(and i have a lot of weight to push..ha ha)

7.  a new book claims that michelle obama convinced her husband barack to pick joe biden for vice president instead of hillary clinton.  apparently she asked barack, “do you really want bill and hillary just down the hall from you in the white house?”  i think the more important question would be “do you really want bill clinton in the same house with your wife?”  ha ha

8.  a new study found that people who suffer traumatic brain injuries are more likely to survive is they have been drinking alcohol heavily at the time.  so, apparently i have some brother in laws who  are prepared for brain injuries…

9.  heavy rains in  the southeast caused “six flags over georgia” to be flooded with several feet of brown, muddy water…on the plus side, it made for the most incredible log flume ride EVER…

10.  two brothers who were fishing recently found $86,000 dollars…wow…of course, being fishermen, they at first said the amount was twice the size that it was….

11.  actress zooey deschanel and death cab for cutie singer ben gibbard were married over the weekend…unfortunately, they didn’t get any wedding gifts because no one really cares…..

12.  teenagers in panama have stumbled upon a bizzare creature that scientists are now trying to identify…scientists said they have no idea where this creature came from, but they are fairly certain that it either dated madonna or was adopted by her.

‘WE WOULD RATHER DO BUSINESS WITH
1000 AL

QAEDA TERRORISTS THAN
WITH ONE SINGLE AMERICAN SOLDIER!’

This sign was prominently displayed in the window of a business in
Rural Valley, PA.  You are probably outraged at the thought of such an inflammatory
Statement.    However, we are a society which holds freedom of Speech as perhaps our
greatest Liberty